A Humpback With 11 Birds in His Mouth?
Humpback Whales and Their Bycatch

Over the years we at MERS have documented several cases of Humpback Whale bycatch; that is other animals that inadvertently end up in their mouths. This often occurs because Humpback Whales approach dense schools of Pacific Herring at great speed while other species are also feeding on them.

The other animals can thereby end up engulfed with the Herring. Then what happens? Consider that anything the size of a Gull or larger cannot be swallowed since the throats of Humpbacks are narrow and because, as baleen whales, they do not have teeth for chewing prey into smaller pieces.

We’ve previously shared the footage below of a Pacific Harbour Seal escaping from the mouth of a trap-feeding Humpback Whale.

Video by Gord Thompson and Dennis and Stephanie Parsons. 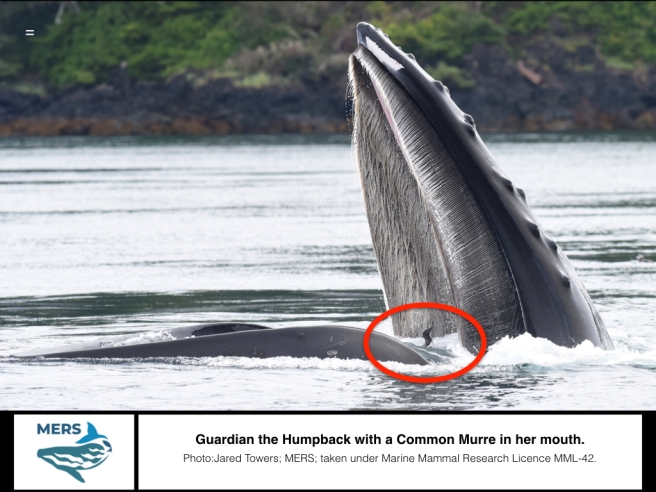 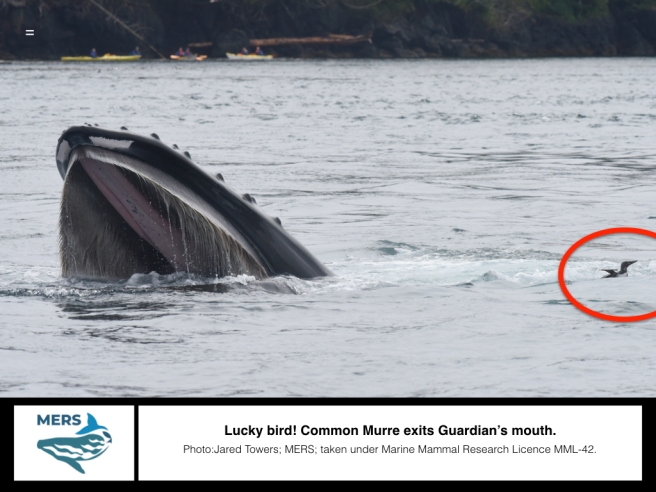 On many occasions, we have also documented bycaught Gulls. The afternoon of October 18th was no exception.

From our research vessel Merlin we noticed in the distance an adult Humpback we know as Backsplash lunge feed at the surface on a large school of Herring that was being fed on from below the surface by Common Murres and from above by Herring and California Gulls.

When we arrived about three minutes later Backsplash was slowly circling the remains of the school of Herring and then lunged on it again, effectively capturing all or most of the remaining fish that were left over from the first lunge. Seconds later Backsplash opened his mouth at the surface, vigorously shook his upper jaw and 11 Gulls came floating up to the surface. 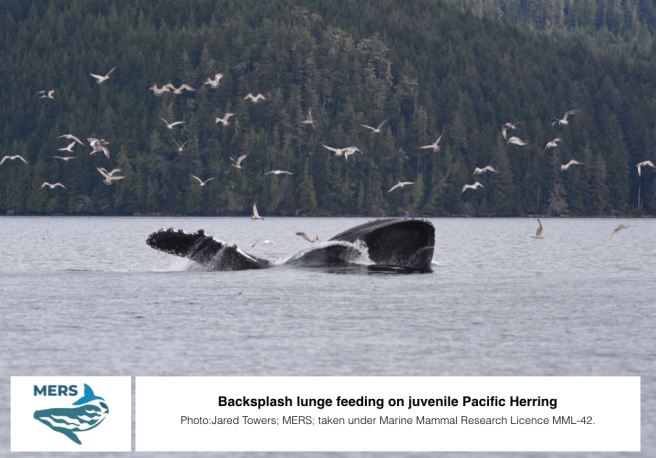 We approached the scene and could see all Gulls were completely saturated – 9 appeared dead (from impact or drowning), and 2 were clinging to what appeared to be their last moments alive. We immediately grabbed the two survivors, both immature Herring Gulls, and wrapped them in a dry towel that I happened to have aboard.

We then noticed that one of the birds we previously thought was dead was resting itself on the floating body or another. There was no room in the towel for this bird, a young California Gull, so I texted our colleagues at nearby OrcaLab on Hanson Island and we raced over for some support.

Moments later we were met on shore with towels and over the next little while dried off the birds while sitting next to the wood stove. We ended up leaving one of the Herring Gulls and the California Gull with our friends at OrcaLab and took the other Herring Gull back home to Alert Bay.

Once completely dry all birds were released at the shoreline. They each took to the water and then the sky, although the final fate of the poor California Gull is apparently unknown because it subsequently escaped attack by a Bald Eagle but then moved out of sight while the hunt was still in progress, as if being captured by a Humpback Whale wasn’t already enough!

I’m a strong believer that we should always be conscious of our impact on the environment and its inhabitants and this often means not interfering in interactions between predators and prey. However, in a case such as this where the by-product of a feeding predator happens to be some incidentally captured Gulls I have always felt compelled to help out, even though the Gulls typically appear resentful and aggressive as soon as they are warm and dry again. 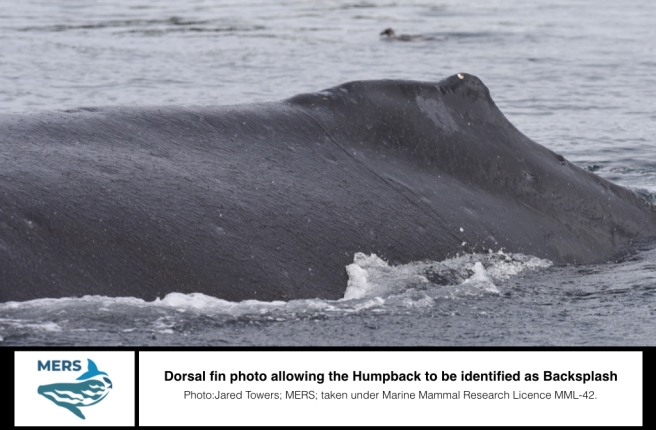 We are a non-profit organization dedication to promoting conservation and understanding of marine ecosystems through scientific research and environmental education. View all posts by MERS